Valley FFA poultry teams all place in the top 3!
The 2016 poultry CDE was held at Astoria on March 1st. We took 3 teams to the Section 12 Career Development Event. Competing with a varsity team a Greenhand team and a Discovery team which came out with outstanding placings all in the top 3. The varsity team placed 3rd overall with Caity Jones, 10th place individual and John Lock placing 3rd overall. While our Greenhand team came out 1st with Felicia Tinder,Jessica Tompkins ,Aunna Ball, and Haley Kinsel placing in the top 10.   The Discovery team came out 1st with Emma Eathington, Donovan Garcia, Ian Lister, Alexis Moore,and Sierra Stucky all in the top 10.  Way to go!! 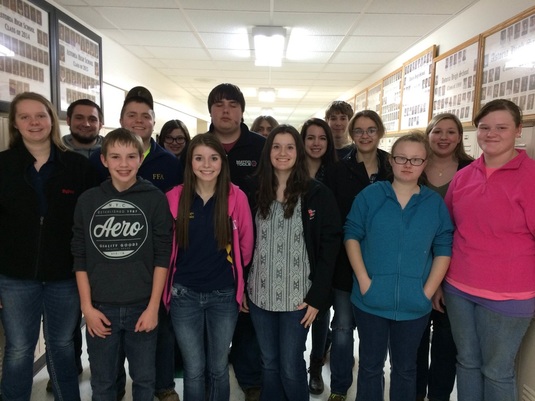 Valley FFA takes 3 top 10 spots at Job Interview
The 2016 Job Interview CDE was held on January 27th at ICC.  Katelyn Eathington, Kaitlyn Gray, and Courtney Taylor each placed in the top 10. Katelyn Eathington placed 1st and Kaitlyn Gray placed 4th in the Production section. Courtney Taylor placed 5th in the Business section.  Students submit a resume and cover letter, fill out a job application, a face to face interview, and a followup contact.  ​ 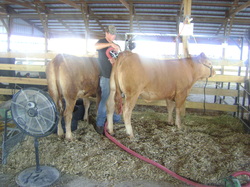 2 students from the Spoon River Valley FFA chapter exhibited at the Section 12 Vo-Ag Fair this summer. In June, Emily Schleich participated in the Section 12 Horse Show. Emily participated in many classes at the show, including walk-trot, Western halter, and Western pleasure. She also took part in horse poles, horse barrels, the fun class, and a trail class, placing 5th, 6th, 8th, and 6th respectively. Lucas Perrilles exhibited at the Section 12 Livestock Fair in July and took part in the cattle show. Lucas showed a steer and a heifer, placing ___ and ___ respectively. Thank you, Luke and Emily, for your hard work - and congratulations on your awards!
Spoon River Valley FFA Members Take Part in Horse Evaluation

Four members of the high school team also had the opportunity to participate in the State Horse Evaluation competition on September 15. Dakota Ward, Emily Schleich, Stephon Powell, and Austin Taylor traveled to Blackhawk College to represent the Spoon River Valley FFA Chapter at the contest.

On September 22, 2012, 4 members of the Spoon River Valley FFA took part in the LeRoy Invitational Trap Shoot in Ellsworth, IL. The 4 attending members were Lucas Perrilles, Luke Barclay, Will Blankers, and Kendal McDaniel. Scott Perrilles and Jim Barclay were attending chaperones, and Scott also participated in the contest for fun. Despite gun malfunctions and little experience, the team performed above expectations, taking 6th place overall. Lucas Perrilles and Luke Barclay tied for the first place individual on the team. The chapter would like to Scott and Jim for participating as chaperones; this was a great experience for the students, and hopefully will be an event the chapter will attend in the future.

One SRV FFA student also participated in the Canton 3-D Archery Shoot on September 29. Zach Orten shot at the Black Diamond Archery range in Canton to complete a 50 target course. Zach set a goal for his score at the beginning, and topped his goal by nearly 130 points. This event was also quite enjoyable, and will hopefully see more interest from the Spoon River Valley chapter next year. 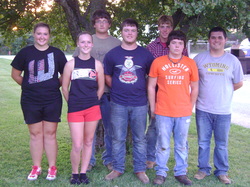 The first FFA meeting for the chapter was held August 30 at 6:30 pm. 24 members and 11 parents were in attendance. The meeting was called to order by the advisor and announcements were made. After announcements, elections were held for the new officer team.

Thanks to all of the parents who came to support the chapter, and congratulations to the 2012-2013 officer team! 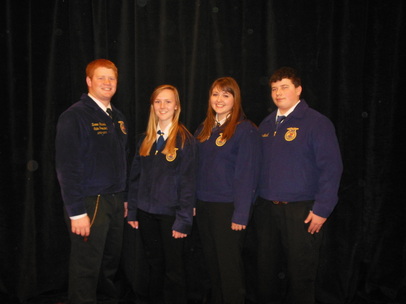 The two-day 212 Conference personal development program helped students learn skills for personal growth and how to set and achieve goals. The conference also featured a self-discovery workshop designed to help members find their own passions for success in life.

212 program staff members are college students who are former state or national FFA officers. Many staff members have also worked as counselors for the Washington Leadership Conference, FFA’s national leadership seminar held in Washington D.C. each summer. FFA is a national organization, of over 540,000 members, developing each student’s potential for premier leadership, personal growth and career success through agricultural education. Local, state and national activities and award programs provide opportunities for students to apply knowledge and skills acquired through agricultural education. 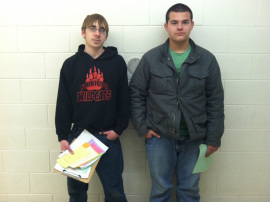 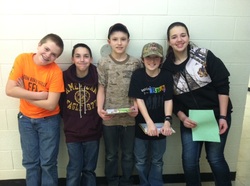 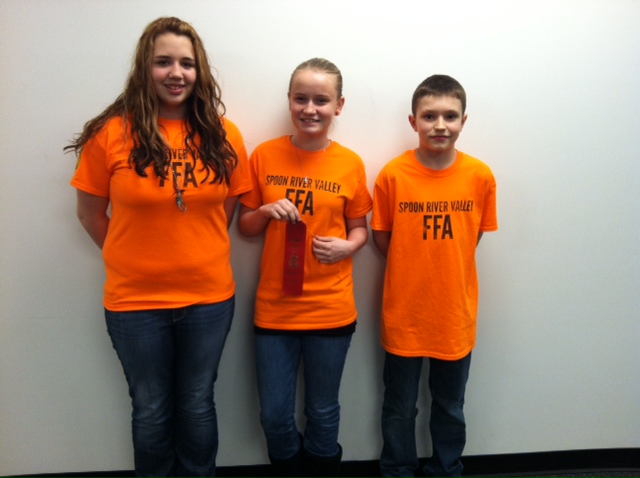 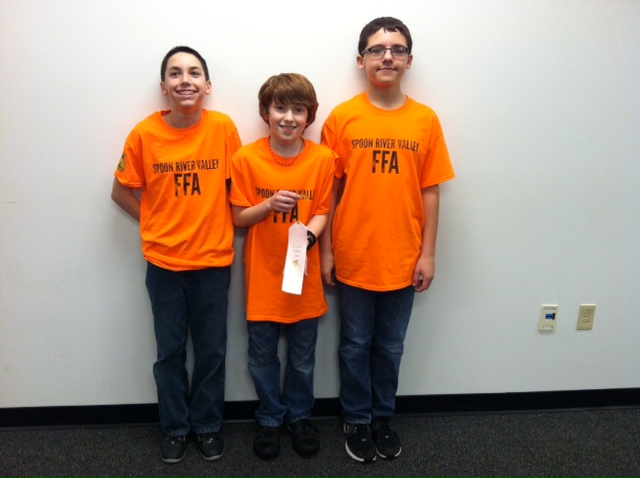 On February 28, 6 members of the Spoon River Valley FFA Chapter took part in the Section 12 Greenhand Quiz Bowl at Spoon River College. The 7th and 8th grade teams spent a lot of time prepping for the event, and their hard work was rewarded. The 7th grade team, consisting of Mathew Anderson, Ian Mayall, and Logan Davies, took 4th place overall. The 8th grade team members were Shelbie Hook, Nick Anderson, and Delana McCormick; this team took 2nd place overall. Congratulations to both teams for their success! 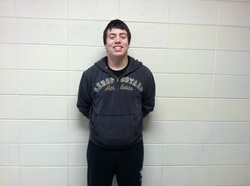 Wyatt Mason, a sophomore member of the Spoon River Valley FFA Chapter, took 1st place in his division of the Section 12 Public Speaking Contest at Spoon River College. Wyatt participated in the Junior Varsity Extemporaneous portion of the contest. This division involves choosing a topic on site, creating a speech in 20 minutes, presenting, and answering 5 minutes of questions about the topic. When asked about Wyatt's performance at the contest, Ms. Paulus reported that she "was pleased with Wyatt's results and look[s] forward to his success in the future." 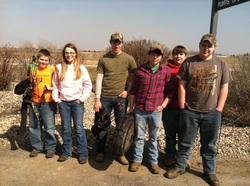 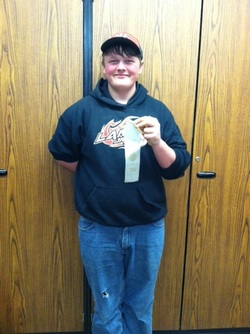 The Spoon River Valley FFA held their annual banquet on Sunday, April 14 at 5 pm. Photos of the award winners will be posted in the Photo Gallery. The chapter would like to thank the school board, administration, staff, and teachers for their support and assistance in preparing for the event. Special thanks to everyone who supported us this year - we couldn't have done it without you! 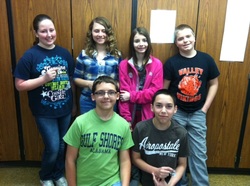